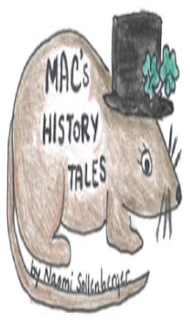 
Our first Dunkard ancestors were living in three different groups in three different parts of Europe. The three groups were the Schwarzenau group, the Marienborn district which had to move to Crey-felt in 1715, and the Epstein group. There were also many living in Switzerland, but there are no records of the names of the people living there at that time. The group in Schwarzenau faced much persecution. Under the leadership of Alexander Mack, the Schwarzenau group left the area and went to Holland (Friesland) where they were able to live in peace for nine years. Peter Becker, who was in the Creyfelt congregation, heard about William Penn and his Quakers who were willing to offer a place of refuge for other persecuted groups. A small group under the leadership of Peter Becker made the long, very dangerous trip across the ocean in 1719. When they first arrived, they met up with some friends who had come to Germantown thirty- four years earlier from Creyfelt in October 6, 1685. This first group of Brethren decided to stay in the Germantown area. There are no official records for the first two years of this first group of Dunkards. We do know that life was hard, but they still got together in small groups for worship when possible. In 1722 Peter Becker and two friends decided to visit these small groups and encouraged them to form congregations. They traveled to the areas of Skippack, Falckner's Swamp, and Oley. This was the beginning of organizing the Dunkards in the new world. These early Dunkards focused on their spiritual growth and tried to live their daily lives according to Matthew 18. After several missionary trips they were slowly beginning to see the results of their hard work and were able to establish its first official congregation in Germantown. On Christ-mas Day in 1723 they had their first baptism and love feast. This new congregation spent much time studying the scriptures and found that faith and forgiveness was a fundamental part of Christian living. They also practiced the importance of living peacefully with their neighbors. They refused to carry arms or participate in war and were able to live with the Indians more peacefully than most colonists.
On July 7, 1729, Alexander Mack and a group of fifty-nine families left Rotterdam, Holland, on a ship called The Allen for America. They arrived on September 15, 1729, in Philadelphia after a stormy ocean crossing. This new group of pilgrims gave a real boost to the newly established congregations in America. People were starting to spread out to other areas of Pennsylvania in search of land and opportunities. With the coming of Alexander Mack, John Naas, and Martin Urner, more visits were possible to the wilderness areas in the hope of bring-ing the Dunkards together and starting new congregations. All would have gone well had it not been for the involvement of Conrad Beissel and his ideas and thoughts, but this story will be for another day's tales.