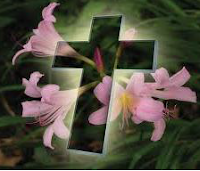 We are in the season of Lent, as we anticipate Easter and look forward to spring. Lent is a time perfectly suited for the month of February. There is a reason why February is the most depressing month of the year. We are in the depths of winter—gloomy weather, freezing rain, dead trees, and bone-cold winds. Christmas is over, and the joy of the first snows has long gone (unless, of course, you are in school and get some snow days!). We await spring’s com-ing with longing; longing for new life, flowers blooming, green buds and leaves, the reappear-ance of birds and animals, and muscle-energizing warmth.
In Lent we walk with Jesus to the cross. We long for the joy that comes with Easter, and resurrection, and hope restored. We are almost there! Hang on to the Savior’s hand, and He’ll carry us through to the other side…

Getting to know Courtney Flory…

Courtney Flory was born on November 4, 1988, to Phil and Dawn in Springfield, Illinois. When Courtney was nine months old, the family moved to Bridgewater, VA. She resided there until moving to New Enterprise. She at-tended Turner Ashby High School in Bridgewater and will officially graduate from Bridgewater College in May. Courtney has an older sister named Heather Driver. Heather has a three year old son named Bryce that Courtney absolutely loves! Courtney also has a brother named Seth Flory in the Air Force in Germany.
Both Courtney's mom and dad attended Bridgewater College. Her dad worked at various retirement communities in Florida and Illinois and now works at the Bridgewater Retirement Home. Her mom was a second grade teacher at John Wayland Elementary school in Bridgewater and was Courtney's inspiration for getting her degree in elementary education. Her mother's joy, passion, love, and enthusiasm inspired her to be who she is today. Since Courtney was in the first grade, her mother fought breast cancer. Her mom passed away in 2010 which was Courtney's senior year of college.
While growing up, Courtney attended Bridgewater Church of the Brethren. She shares that Christ has always been a part of her life. She grew up in a family full of pastors and missionaries so she never really knew there was an option not to have Christ in her life. Her grandfather, Wendell Flory, was a missionary in China and India, and he was a big inspiration to her. She was baptized in seventh grade and has been developing her faith more and more as she grows spiritually. Courtney feels that God has given her a gift of love and compassion for children and love of music and singing.
Courtney shares that she wants to be an elementary teacher in spite of trying to run away from it. (She didn’t want to be her mom.) But her sophomore year of college, she decided that she wasn’t happy with her major at the time. She took an Intro. to Education class for elementary teachers and fell in love.

Courtney switched her major from music to elementary education and discovered that she is her mother and proud of it! She enjoys teaching the younger elementary school ages. Courtney did her student teaching in kindergarten, but she feels now that second and third grade might be her favorite age groups.
Courtney states that Andy and her were best friends before they started dating. They were in choir together and were surrounded by the same group of friends. It wasn’t until he went to semi-nary that they realized how much they really meant to each other. When asked if she gets nervous while Andy preaches, Courtney stated, "No, I do not get nervous." 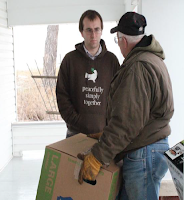 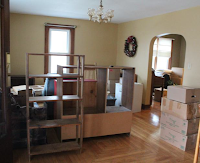 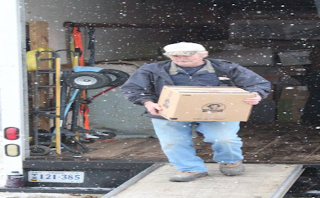 Getting to know Courtney…

Favorite color: green
Favorite store to shop: Old Navy
Favorite vacation spot: Disney World; more
realistically...my aunt and uncle’s beach house in
Outer Banks, NC
Household chore you hate doing: dishes
Favorite restaurant: Red Lobster
Favorite hymn: ―Lord, Listen to Your Children Praying”
is so beautiful.
Favorite dessert: ice cream
Favorite food: pizza
Favorite day of the year: Christmas Eve
Favorite book to read: The Chronicles of Narnia – The
Lion, the Witch, and the Wardrobe
Favorite scripture text: Mark 9:23 - All things can be
done for the one who believes.
Favorite N.T. Bible story: The Christmas story
Favorite O.T. Bible story: I love the story of Joseph.
Hobbies: I enjoy watching movies, singing, and
attempting to play the piano. I am looking forward
to figuring out other hobbies since I am no longer a
full-time student.
Fondest childhood memory: going to Disney World
with my family. We stayed in our pop-up camper at
Disney’s Fort Wilderness campground. We stayed
there once when I was five and again when I was
nine. Both times we drove all the way down from
Bridgewater to Orlando. My parents liked to remind
me that one of those long trips I made the whole
family listen to the soundtrack to The Lion King the
entire way to Orlando. My brother and sister are not