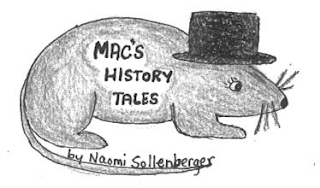 In Ecclesiastes 3:1 and 2 it tells us there is a season and a time for everything; a time to plant, and a time to pluck up what is planted. When the first Dunkards came to America, all they could do for several years was to try and survive day to day, until they were able to clear land, create markets to exchange goods and feel more comfortable with the wilderness. At first the areas of cleared land were small and often places that had been used by the Indians. Sometimes the farmer had a horse or a mule that he could use to plow the small plots of soil. There was no fertilizer, so they had to improvise by using dead fish or what little manure they could save over time. Later the farmers learned to take the limestone and burn it in furnaces that created a slacking that could be spread on the fields. With the invention of more machines, farming could be done on a bigger scale.
The women had their own work to do before the cold winter months came. They worked hard all year round to provide food and clothing for their families. This was not an easy task. In the spring the gardens were planted and often protected with fences made of sticks. At the end of the season's harvest, the Dunkards would pick out the best ears of corn or the largest beans and save those for next year's plantings. The seeds that were not kept for next year were carefully dried for food. Vegetables such as squash, pumpkins, carrots, cabbage, and barrels of dried meat or fish were kept in root cellars. The lofts or attics would be places to store smoked meat, dried beans, and other foods. Many people do not realize that there were few native fruit trees here when the first Dunkards arrived. It was the early pilgrims and settlers who brought those plants with them. They also brought sheep, cows, pigs, and poultry with them and started a change in the new world that upset its natural cycle of life. The women also made many candles and soap. If the farmers were lucky enough to have a few pigs, they would have a butchering in late November or early December. The meat would be cured in a barrel of salt and in smoke houses. When they finally had apple trees that were large enough to produce apples, they would dry some and use the rest to make other things. Those apples not good enough to be put away for winter eating were often made into cider which would be stored in wooden barrels to become vinegar or in jugs sealed with wax to be enjoyed on cold winter evenings. Some of those poor apples were peeled and used to make apple butter which was also stored in crocks and put in spring houses or root cellars. Fall was also a time for love feast and communion and a time for the people in the area to gather for worship one last time to praise God for a bountiful harvest before winter came.